Step-by-step process of Dockerization of a Node.js application, using Express as the application framework

This post was written by @Francesco Ciulla for TinyStacks

In this article, I will guide you through the step-by-step process of Dockerization of a Node.js application, using Express as the application framework. 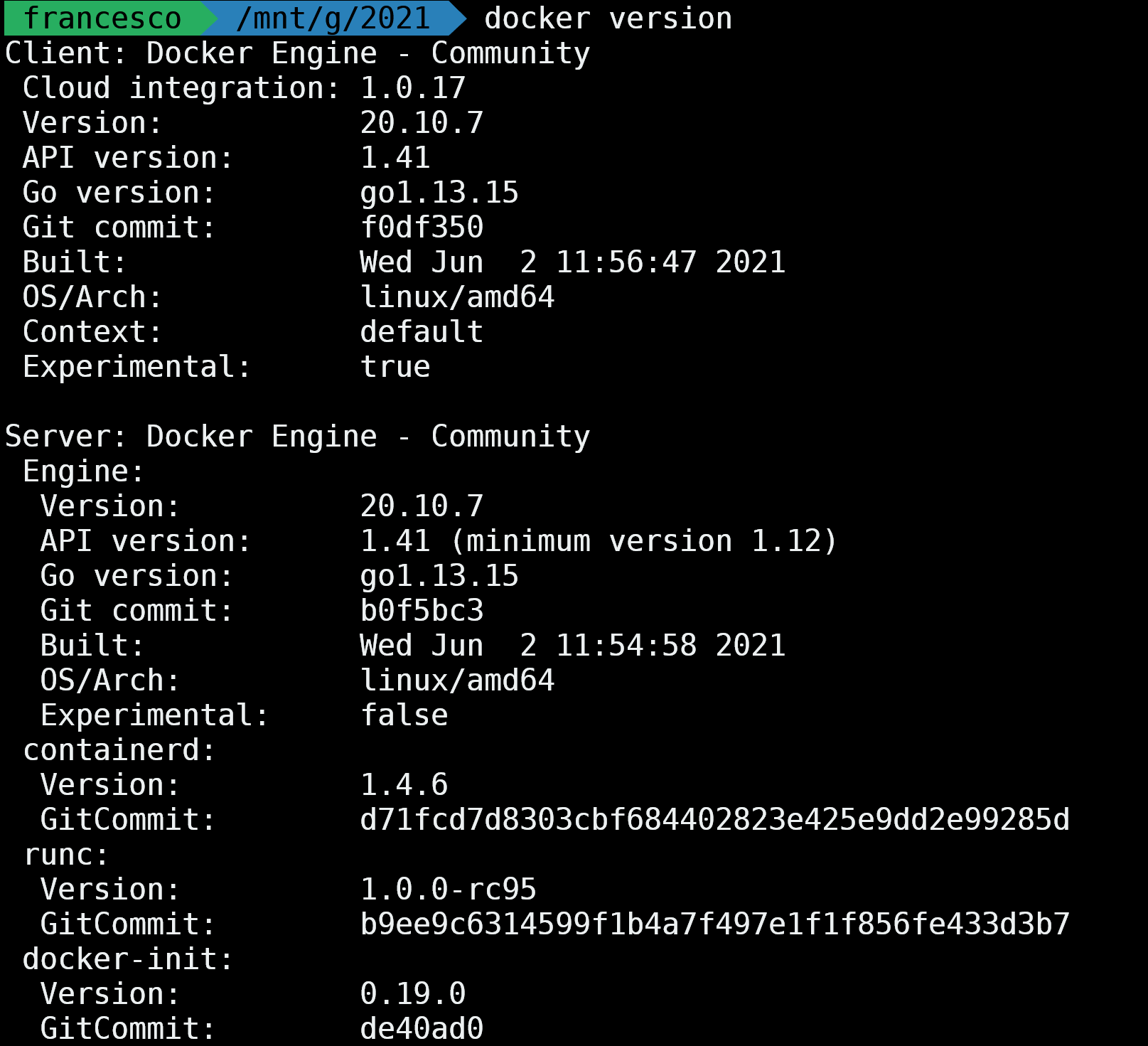 Node is a back-end JavaScript runtime environment. It executes JavaScript code on a computer, such as your dev desktop or a Web server.

The good news is that, because you have Docker, you don't actually need to install Node.js. In this walkthrough, we will use the Node container image for Docker. This ensures that we avoid version conflicts between the version of Node installed on my machine and yours. It also prevents conflicts during the evolution of the application in production.

Docker is a platform to build, run, and share applications as containers. If you’re new to containers, here’s a short introductory video. 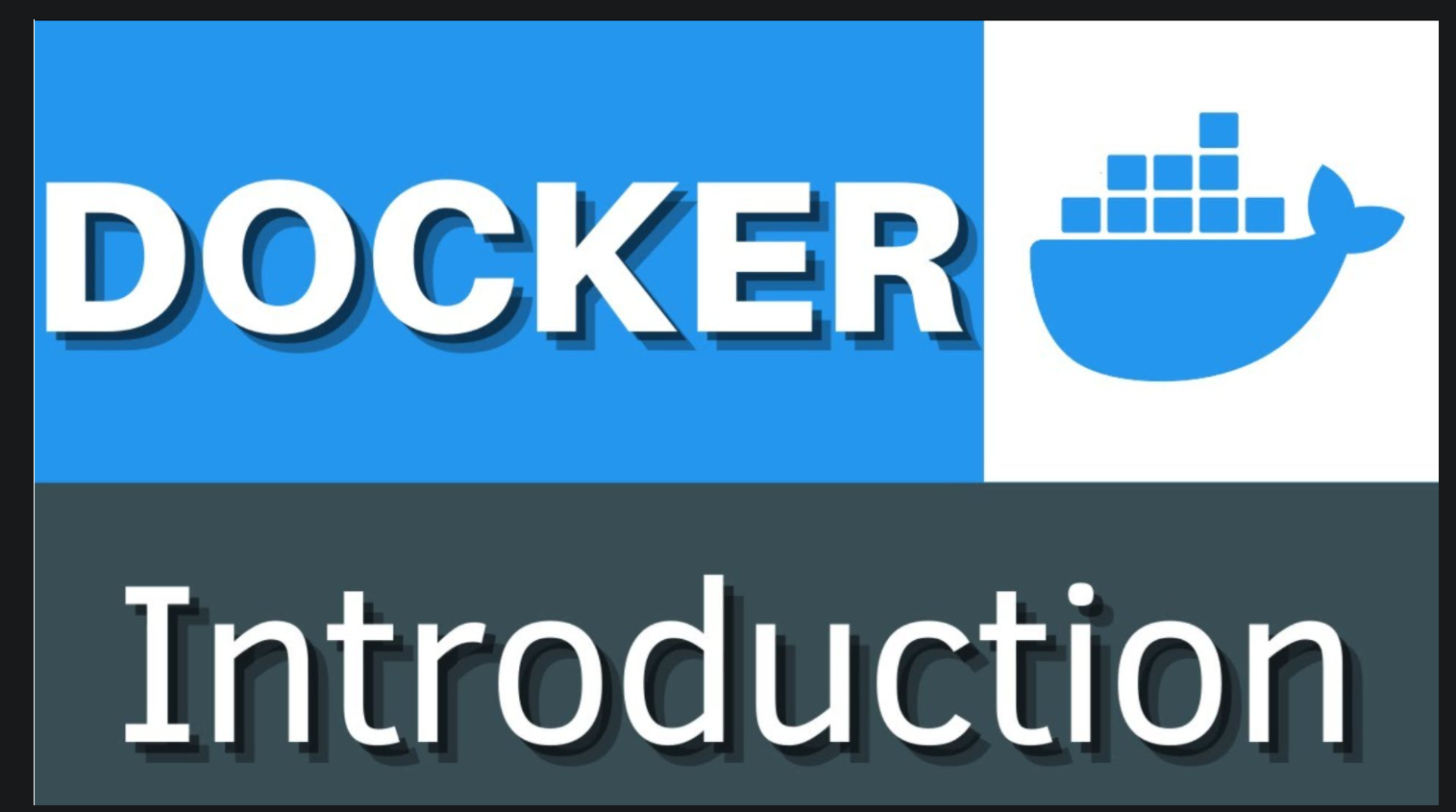 Create a new folder and navigate into it.

You can do this from the command line using:

Now from the command line, initialize a new npm project: 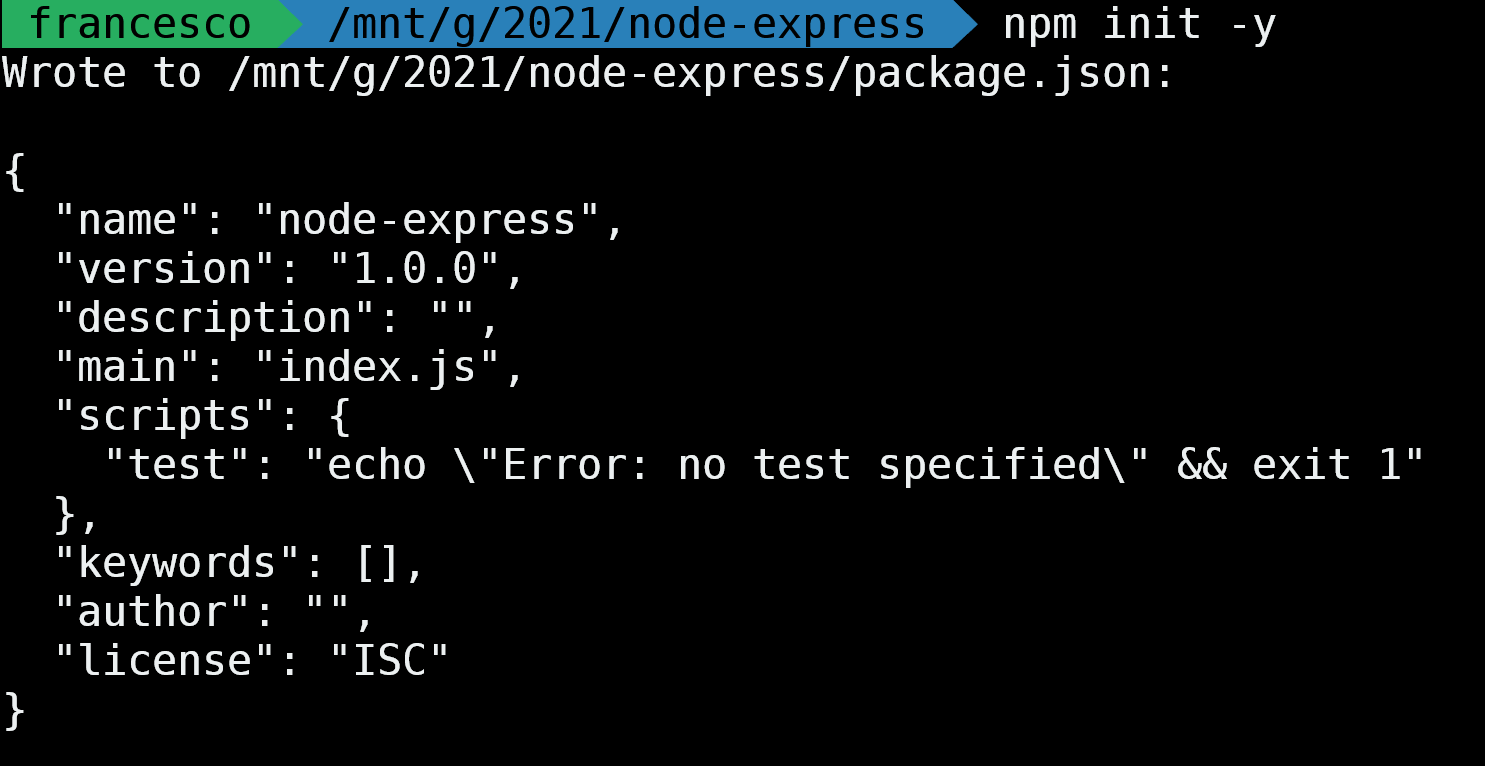 In terms of other dependencies, we just need Express, the Node.js framework that will help us to create a project with a few simple commands.

Now we are ready to write our first Hello world code. Open the project with your favorite IDE. To open it with VS Code using the terminal, you can run the command:

I also use some VS code extensions that you might find useful: 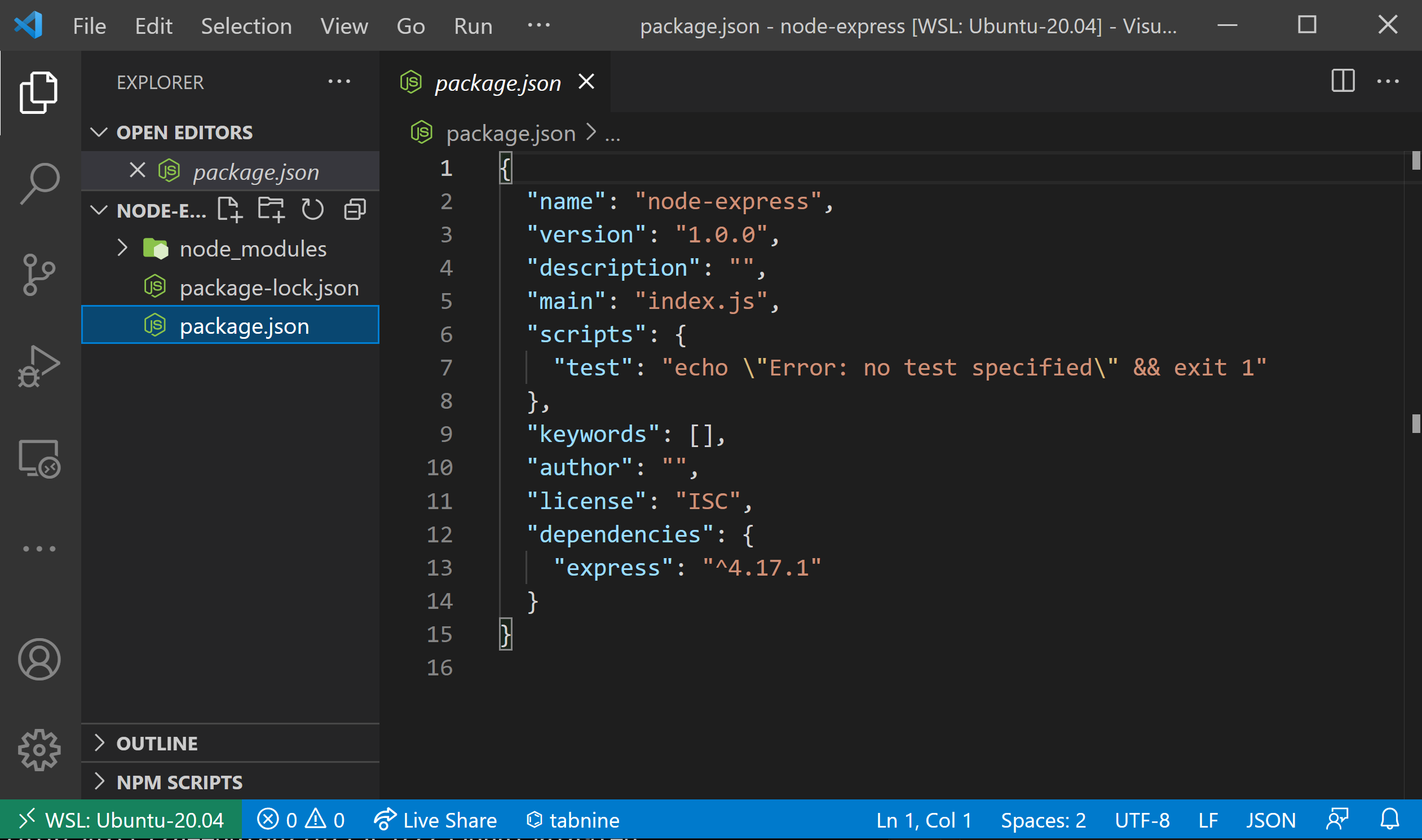 We will start by creating a simple hello world app using Express and the following sample code:

To do this, we create an index.js file. We can do this in different way but from a Unix command prompt we can type:

And then we populate the file with the following code:

Now we can run this simple application. Remember that Express starts its own Web server, so we don't need something like nginx or Apache to run our application. 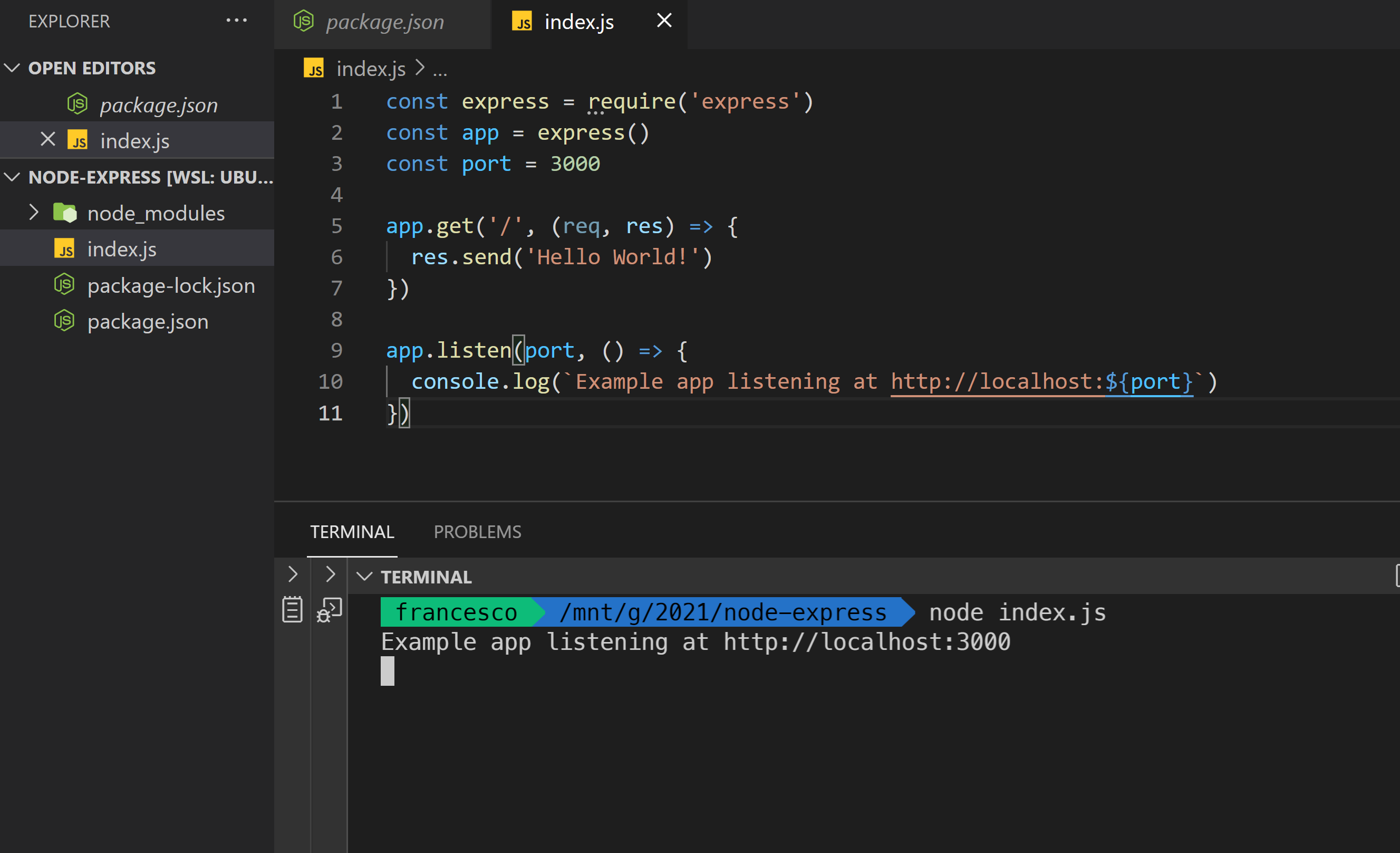 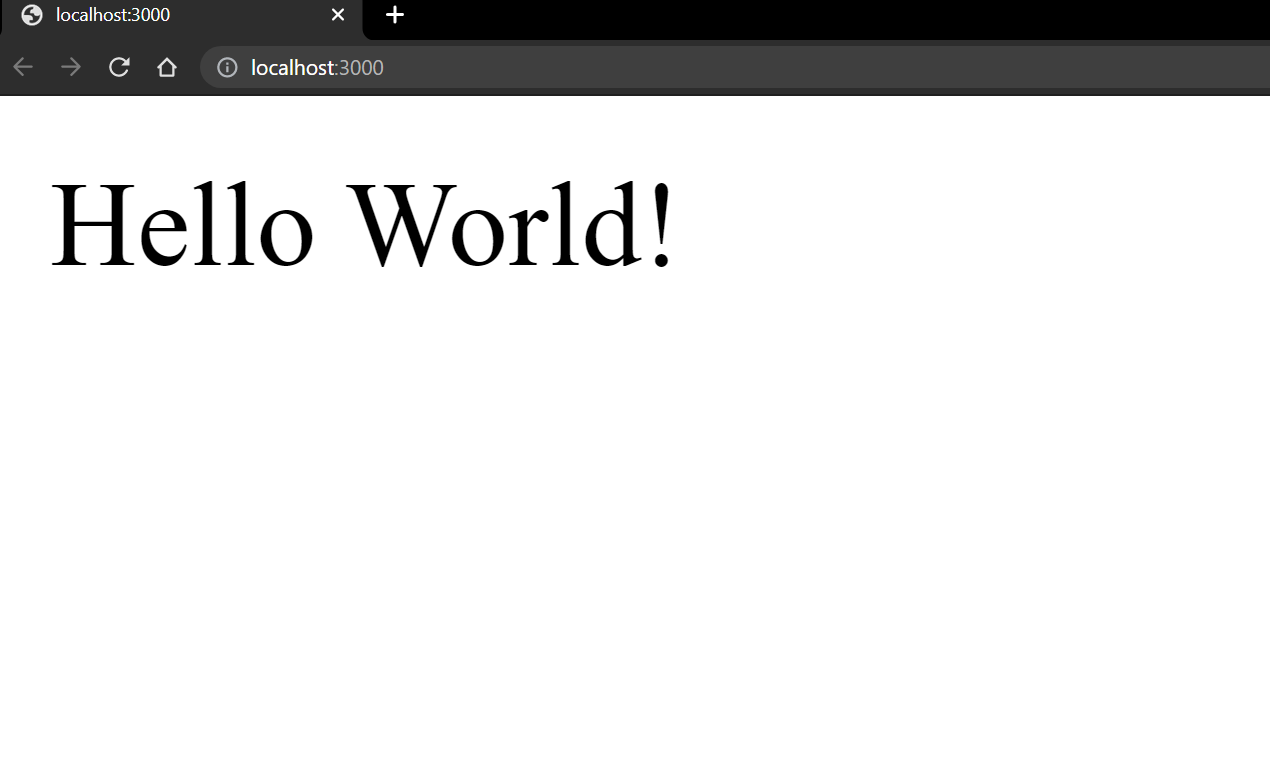 Exciting? Not much, but it works!

To run this example, I need to have Node installed on my machine. Which isn’t a big deal, right? If we were in a production environment, we could just Install Node.js, yes?

Well, here’s where our problems start, - especially with versioning. Instead of managing different versions of Node.js, we can use Docker to create an image and standardize on the node version so there are no conflicts when deploying in production.

To start, let's create a file called Dockerfile (capital d, no extension). A Dockerfile is a text file composed of KEY VALUE pairs. Its keywords are typically written in uppercase.

Let's examine each line one by one.

The last COPY command is used to copy all folders and files in the current development folder inside the Docker image’s filesystem. But that’s a problem.We have the current node_modules in our development environment, but we don't want to copy it; we want to install these files from our package.json and package-lock.json files instead. We need this because of two reasons: the first is that our codebase will be way lightweight, and the second one it's because maybe we want to install just some of the dependencies, for example in production.

To avoid copying some files or folder, we have two approaches:

We are going with this second approach here, so let's create the file. From your desktop command prompt, type:

Don't forget the dot at the beginning, all lowercase.

in the .dockerignore files, we can select the folder and files to ignore during the copy.f you know Git, this is very similar to what a .gitignore file does.

Here is our final .dockerignore file: 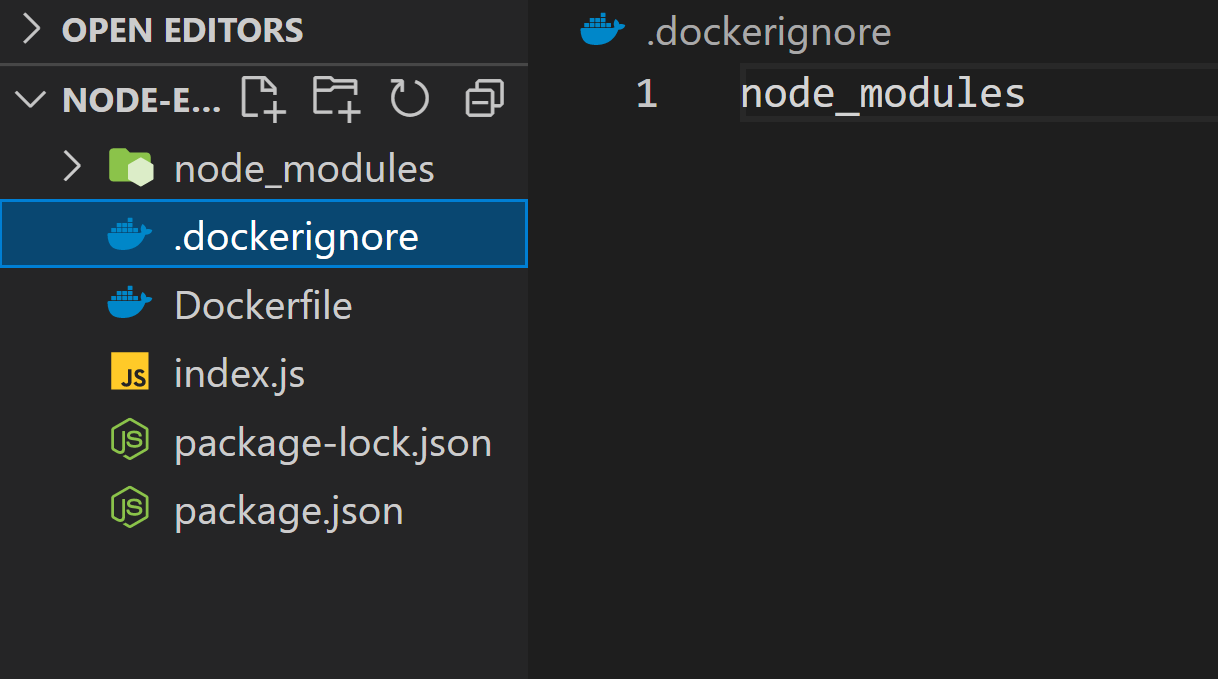 Now it's time to build our image based on our current Dockerfile. Please note that, at the end of a command, where you see the dot, that's a path indicating the current directory. It’s common to use this “here” syntax to run a Dockerfile from its current directory. But it can also be run from a different folder.

Some notes on this command: 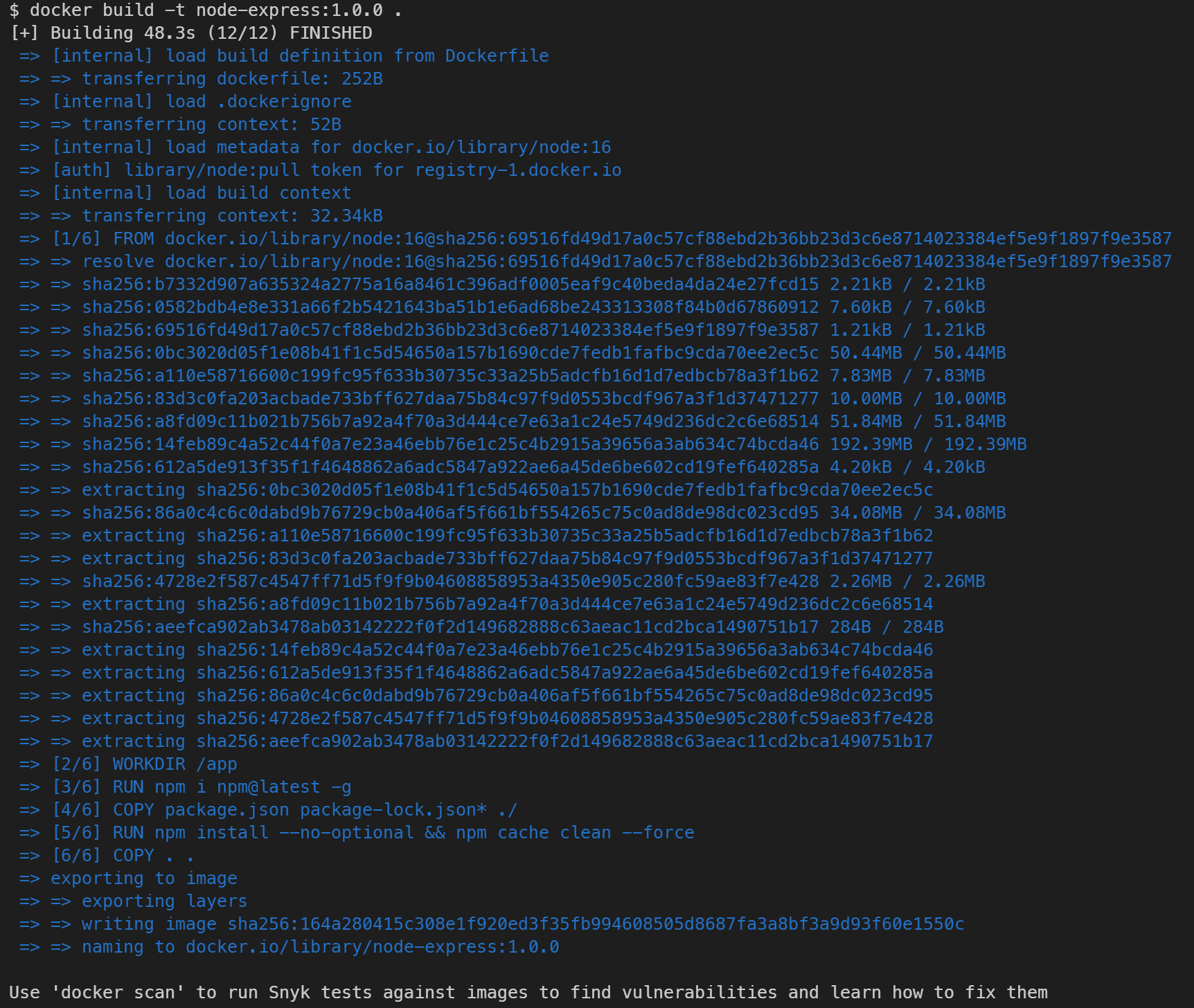 Let's spend a minute talking about the build process.

As you can see, there are six stages, which more or less correspond to our Dockerfile lines! Each stage produces a layer for the image. this layered system is very useful, because it allows to save space on the disk (the same layers of the different images is not downloaded multiple times on the same host), and it's also useful on the subsequent building processes as if a layer hasn't changed, it's just cached and it doesn't have to be built again). In fact, Docker images have a layered system, which you can verify with the "docker history" command:

To run the container based on the image, run this command:

the -p option is short for --publish, and it's the option to expose a port outside the container.

Unfortunately, you’ll see that our command prompt is blocked by our application. To stop it, we can use CTRL+C (or CMD+C on Mac).

Now, if we try to check the current containers:

Or shortly “docker ps” We can't see the container.

To remove the container, use the docker rm command

To start the container again in detached mode (so that it doesn’t block our command prompt), we can use the -d option. We can also specify a name for a container - otherwise, Docker will generate a random one from a list of well-known programmers and scientists.

In this case, to see all the old and upcoming logs (-f stands for --follow):

Peeking Inside Our Container

Now, let's try something interesting, let's see how do we get inside the container. We could use something like SSH for this. But that's not necessary. Instead, we can use the handy docker exec command:

-it actually represents two options: -i: to keep our login to the Docker containerinteractive -t: to open a pseudo tty

Here, we launch the bash shell in the current container. We are basically replacing the node index.js command with a running Bash shell.

And lo and behold, we are now inside the container!

we can check the current filesystem. nd if we type:

Pushing Our Image to a Repository

A repository is a set of Images, with different names and tags. It's useful to have, in the same place, multiple images with different versions of the same version, e.g. the Official Node one.

To push our image to an existing repository, we first need to retag our image with our dockerHub username:

After creating the repository, we can push our image:

Thanks for reading Here is a video Version of this Article: Video Version: https://youtu.be/5NUAZSvWAo0